Experiencing an Important Element of Jute Cultivation: Stripping and Washing of Jute

Since I am working very closely with the F2F™ program, representing Razzaque Jute Industries Ltd (RJIL), the local Bangladeshi partner of the Sweden based Organization Juteborg Sweden AB; I got to experience firsthand, the pros and cons, the hardship and the obstacles faced by the jute cultivators or farmers in the areas surrounding the factory of RJIL.

The cultivation of jute is a labour-intensive process and it has a series of steps which need to be followed very acutely to get the best quality jute. For instance, the jute plants must be harvested at a very particular time to ensure high-quality fibre, but unfortunately, the harvesting also depends on the availability of water for jute retting – the process where the harvested jute plants are tied into bundles and submerged in water for a period of fifteen to twenty days and then the bark of the plant, the jute fibre, is stripped off and washed to procure the jute fibre.

Due to the effects of climate change, rainfall during the monsoon season has been inconsistent and as a result, the jute farmers in the Faridpur region are facing immense problems due to lack of water for jute retting at the correct time, resulting in low-quality jute.

Luckily some of the low lying areas near the RJIL factory, where a huge amount of jute is cultivated, were flooded due to a canal connecting the river Padma and the local low lying areas, that was reconstructed by the government just before the retting season of jute and the overflowing water from the river the Padma entered and flooded the areas creating a great opportunity for the jute farmers to ret their crop.

I was really excited and looking forward to going and witness the stripping and washing of jute and on September 9th 2019, I visited one of such areas which were underwater and experienced firsthand the hard work, dedication and care that goes into this neglected produce, the golden fibre, of Bangladesh.

When I arrived to see them stripping and washing, I expected to do so from the land, but my plan was not going to work as the procedure was taking place at quite a distance from the land and I needed to video record the process and I couldn’t do it from the land.

Our F2F™ jute farmer friend, Zia Kha came up with a small rowing boat from somewhere and I was whisked away on that boat to the place where the jute stripping and washing was on course.

All the men were standing in waist-high water and their hands were working like machine as they were separating very carefully a bunch of retted jute fibre/bark at the base of the jute stick, collecting the separated fibre in one hand at the base and gently coaxing the entire jute sticks away from the fibre almost without breaking any jute sticks, and then vigorously washing the fibres in the water for the outer coating of the jute plant bark to rinse away and then winding the jute fibres into a neat knot. The whole procedure had very preciseness to it, exactly like an act of art!

Even though the farmers were standing in water for the whole day, working tirelessly to gather the fruit of their hard labour, they did not have any trace of exhaustion in their appearance and were laughing, chatting and singing while doing their job.

The sight was truly astonishing and the serenity of the surrounding nature along with the beauty of wild water-lilies and submerged paddy fields was something which cannot be explained but needed to be experienced personally. 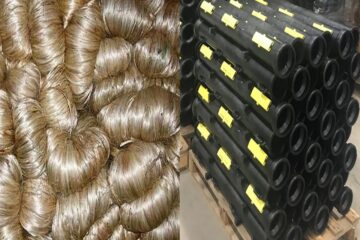 Juteborg is proud to present JuteSnapSplitPipe™– a smartly designed, most sustainable and cost-effective cable protection pipe made of JutePP®, for construction and infrastructure industry. JuteSnapSplitPipe™ – one more of Juteborg’s innovative Jute high tech products Read more… 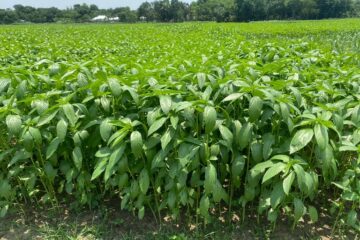 Jute is cultivated at a season when, if not cultivated, most land will remain barren. The tolerance level of jute crop to the harsh monsoon weather is unmatchable and as a result, most farmers cultivate Read more…

On September 18th 2019, the first jute was purchased directly from a farmer who participated in our F2F™ data collection process! It was indeed a groundbreaking development for our F2F™ project. From my open and Read more…

This website uses cookies to improve your experience while you navigate through the website. Out of these cookies, the cookies that are categorized as necessary are stored on your browser as they are essential for the working of basic functionalities of the website. We also use third-party cookies that help us analyze and understand how you use this website. These cookies will be stored in your browser only with your consent. You also have the option to opt-out of these cookies. But opting out of some of these cookies may have an effect on your browsing experience.
Necessary Always Enabled
Necessary cookies are absolutely essential for the website to function properly. This category only includes cookies that ensures basic functionalities and security features of the website. These cookies do not store any personal information.
Non-necessary
Any cookies that may not be particularly necessary for the website to function and is used specifically to collect user personal data via analytics, ads, other embedded contents are termed as non-necessary cookies. It is mandatory to procure user consent prior to running these cookies on your website.
SAVE & ACCEPT